You did that quite well, I will give you my version of events.

Your result for task 4

[Write_Result_2]
Press here if you want an explanation of the previous task.

The front and back wheel always meet at “6 o’clock”.

The back wheel requires 8 rotations to get to 6 o’clock.

The bike moves 3 meter forward for every full rotation

Therefore the answer to the task is 24.

Here is what happened:

The church bells had rung 12 times shortly after.

I saw a cloaked figure come towards me, face covered under a hood.

I was about to greet them, when I heard the person say
“Petrous Ficare”.

You are about half way through the tour.

Remember that it is always possible to take a break if you need to.

The next task you will find by crossing the bridge and looking for a shining map on the ground. 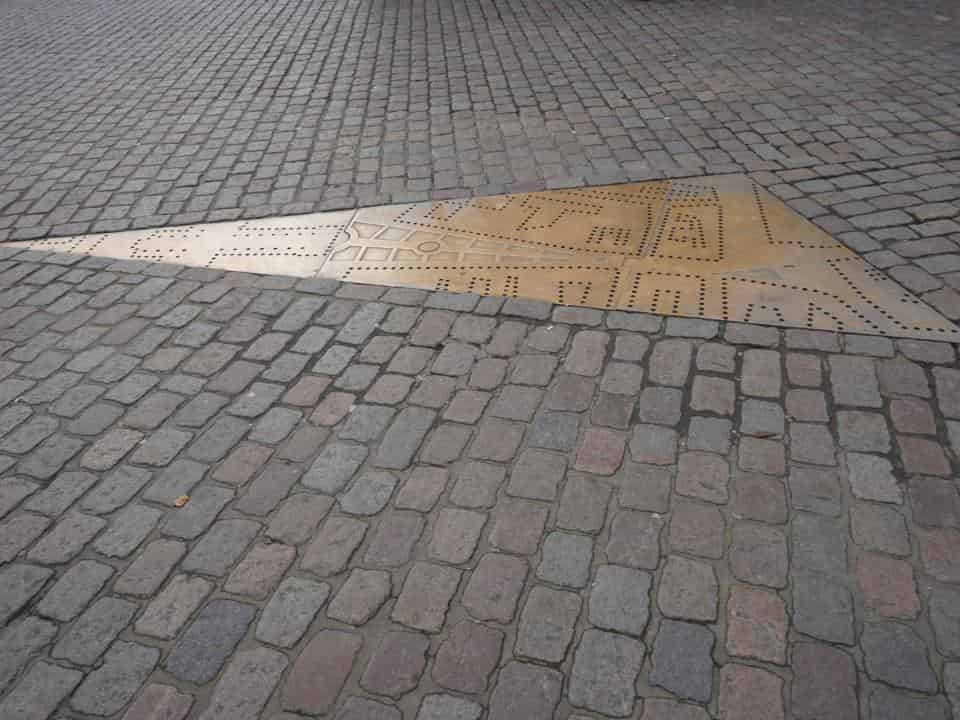 Gamemaster:
Press “Next”, when you are by the triangle at “Lille Torv”.

Everyone else can then press “Refresh”.

[fastForwared]
Not necessary to solve the mystery.

Here is the long version of what happened.

I was very very well liked, I mean, you have probably heard my name before right?
Bernhardt Jensen,
“a living legend” some said.

So, it came as a bit of a surprise that I would be the target of such an attack, but I’ve had some time to think about it and reached the conclusion that it makes perfect sense.

Success breeds jealousy and my success was apparently big enough to make someone so jealous that they would attack me.

Well, enough about that.

I was walking at night after a visit to an establishment.

The air was clear and cold, and I was feeling quite good.

Then a cloaked person comes towards me.

I was about to greet them and ask to see who else was out at such an hour.

I however, never got that far, because suddenly I heard the words “Petrous Ficare” and immediately my body stiffened.

The enchanter seemed satisfied and left me standing there.

Not long after I heard the bell ring 12 times.

Many people came and cried when they saw what had happened to me.

Because of the big impact I had had on the city and all the lives I had touched, I received this very central spot.

It was actually pretty nice to get all that attention, and I have also realized that there are certain advantages.

Had I not become a statue I would have been dead a long time ago, but now I get to live forever.