Now you have the stories from all 6 statues, 5 are true and 1 is a lie.

Find the liar and you will find the enchanter. 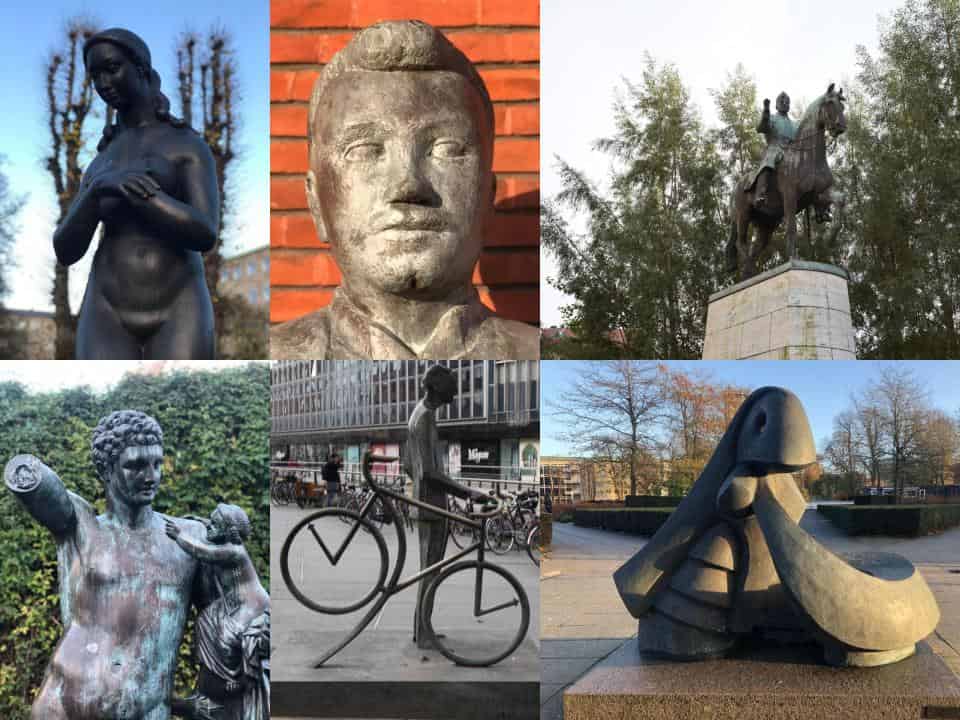 He wore a black tophat and carried a crimson cape.

The ground was wet, because it was cloudy and had rained earlier.

He said a bunch of nonsense and suddenly I was like this.

I was attacked from behind so I never saw who did it.

However, I felt the hands, they were small and soft.

The last thing I heard was:
“Trans Figurarem”.

Thøger Larsen:
The church bells had just rung 10 or 11 times.

It was very dark, so the only thing I saw was the hands, shining in the moonlight, they were not very large.

I then heard the words:
“Petrous Ficare”.

Bernhardt Jensen:
The church bells had rung 12 times shortly after.

I saw a cloaked figure come towards me, face covered under a hood.

I was about to greet them, when I heard the person say:
“Petrous Ficare”.

Hermod:
I don’t remember the time, but it was pretty dark.

However, the moon was shining, so I saw someone walk towards me.

Before I knew it, some words were said that transformed me, but I was still able to move, which seemed to surprise the enchanter.

They said something else and since then I have been standing still.

I couldn’t see the face, because it was covered by a dark purple hood.

Before I was transformed I heard the words:
“Trans Figurarem”.